Playwright Ronkẹ Adékoluẹjo talks about her play ‘Teleportation’ showing at the This is Black Festival! 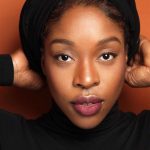 Addressing the lack of culturally diverse stories depicted on stage, Steven Kavuma’s ‘This is Black’ Festival gives voice to four new pieces of writing, offering a platform to varied perspectives of the black experience within the UK. Taking part in the inaugural new writing event, playwright Ronkẹ Adékoluẹjo presents ‘Teleportation’, a show exploring polar opposites and the connections that bind us together. Currently showing at The Bunker Theatre, Ronkẹ tells us more about her creative process and taking part in this crucial initiative.

Hi Ronkẹ, your show Teleportation is taking part in the debut This is Black Festival at the Bunker Theatre. How are you feeling?

The run has started now, but beforehand I was terrified! I felt like I was letting people into my head. You know the stuff you think about when you’re alone. It’s vulnerable, and I definitely felt that vulnerability. I wasn’t really excited, so to speak, until I saw the play in all her glory – lights on, and actors playing. That’s when I thought to myself, ‘Oooh this is fun!’.

The show explores ‘how two polar-opposites can share a single spirit, question their prejudices and discover themselves through one another.’ What inspired you explore this topic?

I think what I tried to do was explore empathy in a political situation. To be honest, when I’m on a plane and it ascends into the sky, I look down and see houses and cars become minute. I’ve always thought to myself, in those cars and in those houses are people living intricate, complicated and unique lives just like me. I may be the centre of my own universe and they are the centre of theirs. I wonder what it would be like to be them. Their thoughts and their patterns. Their coping mechanisms. But then I thought, if they’re just like me, what happens when you meet that person, who’s just like you. When there’s so many people on this earth, why do we bump into, fall in love, form friendships, partnerships with the people that we do. Why them? And then that comes down to my belief that we are all connected to each other in some way. We just need to find out the connection. Or not. Not everything must be known.

How does it feel to be a part of the festival with your work?

I feel honoured. I feel heard. I wouldn’t have considered myself a writer – I’m still not comfortable with that term yet. But to be honest, I never considered myself an actress either. I’ve always accepted the term ‘storyteller’ though, as it seems simpler to me. I’m thankful that this festival accepted me as a storyteller but not in the same way as I’ve been seen before. It feels new and exciting. These feelings I owe to this festival, and I am thankful.

How did you both approach writing the show?

The very first draft fell out of my head in January 2017, and it came out flowing until I tried to wrap it up. That’s where I struggled. I think it took me a year to write the ending, which taught me about the time it takes to allow things to happen organically. With Steven Kavuma’s guidance we drafted a show that we both were happy with for the festival. I still think Teleportation is a work in progress. She probably always will be to be honest. I’m a Virgo, so really nothing is ever complete. There is ALWAYS room for improvement.

How defensive I can get with my thoughts, but also releasing something into the world and not knowing what to expect. That’s some unknown territory shit. I like that. It’s adventurous.

Well it’s hot in the theatre – they should expect to sweat! But from the show, they can expect lots of swear words, because I’m from the east end and that’s naturally how I communicate. They can laugh a little or a lot. They might ‘aww’ at times too – depending on how many wines they’ve had. But they’ll definitely think. Thinking is important. Expanding our horizons is important. I think this is what audiences can expect. Expansion through challenge.

Whatever they wish to be honest. It’s their experience and they’re allowed to love or hate it. I would ask that people think about empathy when they step into the outside world. How can we empathise?

First off… Fuck it. Do what you want. Write what you want. Get your friends to perform your shit. Luckily, and not so luckily, we have social media which means you can plug your show endlessly and get your friends to retweet. I’m not very good at that stuff. But when starting out, I’d definitely recommend it. Above anything else, seek out opportunities. If you’re under 30, find those schemes that mean you can watch plays for a fiver, or see an art exhibition for free. Also, don’t be afraid to chat to strangers, they help you with your storytelling. People have a lot of stories to tell! Listen, before you speak. But then, write!

Teleportation is currently showing until Sunday 25th August at the Bunker Theatre as part of the inaugural ‘This is Black’ Festival. To find out more about the production, visit here…

« Previous post
Playwright Abraham Adeyemi talks about his play ‘All the Shit I Can’t Say to My Dad’ showing at the ‘This is Black Festival’!
Next post »
Writer Tim Cowbury and Director Mark Maughan talk about their production of ‘The Claim’ taking part in Edinburgh Festival Fringe 2019!