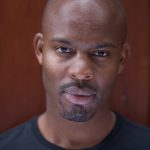 Just over 50 years ago would witness the end of the Civil Rights Movement, a movement fighting for the rights of African American citizens within the US. Although attitudinal shifts regarding race have moved on since, movements such as the Black Lives Matter movement still prove just how far society has to go in regards to rights and racial equality. We still live in a world whereby injustices happen daily, a stark reminder of the work that still needs to be done to enforce change and educate. Activist Amiri Bakari was celebrated for his works exploring racial equality, forcing audiences to think about themes such as  intersectionality and privilege. Taking on the late playwright’s show ‘Dutchman’, actor and producer James Barnes takes on the play’s lead, Clay, showing at the Tristan Bates Theatre. James tells us more about the show.
Hi James, you’ll be starring in the late Amiri Baraka’s show Dutchman at the Tristan Bates Theatre. How are you feeling ahead of the production?
I’m definitely excited about telling this particular story but I suppose I’m also quite fortunate that the weight of it is not something that phases me. I’m also producing the show which is allowing me to step outside of it very often and that I believe is granting perspective.
The production explores ‘intersectionality of race, gender, class, white privilege, masculinity, power, and sexuality’. How have you found exploring these themes?
If I can be honest, it’s suggested to me the futility of it all. The futility of having this conversation incorrectly and the damage that could do to actually achieving unity as a whole. I mean in context of Dutchman, there are many statements and actions which can shock, but what is worthy to note, is how you, individually, might react to Dutchman based on the value system you already have. This can quickly lead to those who are ‘on the same side’ so to speak talking across purposes because we simply place importance on different things. An obvious example would be the right to protest. In this current world, those who protest are frequently being policed by others on what is the right way to protest and we regularly take the oppressor’s view before we take that of the victim. Through exploring the character of CLAY, who is flawed, yes, and seeing how he is judged by an audience, it’s highlighted to me the ruthlessness by which our society exists. Malcolm X was completely on the mark when he said, “Hence I have no mercy or compassion in me for a society that will crush people, and then penalize them for not being able to stand up under the weight.”
You play the role of Clay in the production. Can you explain more about his character?

Clay is a young black man who has taken all the reasonable steps and more towards success. Very much an example of the now popular adage, “Work twice as hard to get half as far.”

Clay is fully aware of how the world works but would rather get on with his day and not be dragged down by the negativity surrounding race and or politics that he can’t control. He’s not your stereotypical young black man but then to those that know, he absolutely is a stereotype, a visual representation of the black man who is ‘trying’ to be other, rightly or wrongly, so much so that he may not actually be connected to his true self… but that’s a matter of opinion.

More importantly though, and this is one of the themes Outer Gaea Company really wanted to express; is that Clay just wants to be a man, a person, a human-being. He doesn’t necessarily want to interact with the world at large, and have his blackness as the focal point. And the same for black women. When the innocence of black youth is lost to the need to get super wise, else you won’t survive, you have a casualty of innocence. A casualty of humanity and there’s entire generations of black people walking around like that.

What drew you to the role?
Everything Amiri Baraka says in the play. It’s right, it’s wrong, it’s confused, it’s introspective, it’s necessary, it’s unapologetic. It’s a conversation starter.
Dutchman is produced by Outer Gaea Company and Théâtre Libre, and directed by Kaitlin Argeaux. What has the rehearsal process involved?
KaitlinArgeaux led the rehearsal process and started with the core characters of Lula & Clay before introducing the ensemble actors two weeks before we opened.
It’s been a very respectful space in that we’ve all discussed the subject matter and made sure that we were on the same page regarding the story we wanted to tell.
What can audiences expect from the show?
Audiences can expect to be shocked and surprised. To be torn between what they feel is right and wrong. And that’s all I’ll say.
What would you like for audiences to take away from the show?
That’s hard, especially because I’m already affected by some audience responses I’ve heard so far. I think I would like audiences to question their own individual value systems in relation to the play and the greater context of what is being portrayed. But most importantly to remember that Amber Guyger, a white female police officer who shot Botham Jean in his own apartment, because she thought it was her apartment (and that he was an intruder) was found guilty of murder on the 1st October 2019. That this is the most notable account we have of a police officer being held to account over the shooting of an unarmed black person, and that Amber Guyger happens to be a woman, should present questions for us all to ruminate on, in regards to the value our society gives to black lives.
What advice would you give to aspiring performers?
Enjoy the journey. Make sure that your art fulfills you and that you have little regrets in the way of it.
Questions by Lucy Basaba.
Dutchman is currently showing until Saturday 26th October at the Tristan Bates Theatre. To find out more about the production, visit here…
Amiri Baraka, Dutchman, James Barnes, Outer Gaea Company, Tristan Bates
18th October 2019by Theatrefullstop