Meet Me at Dawn @ The Arcola Review

Zinnie Harris’ Meet Me At Dawn was first performed at the Traverse Theatre in Scotland in 2017 and is now receiving its London première at the Arcola Theatre. The audience finds the two protagonists, Robyn played by Marianne Oldham and Helen played by Jessica Hardwick, marooned on a deserted beach. 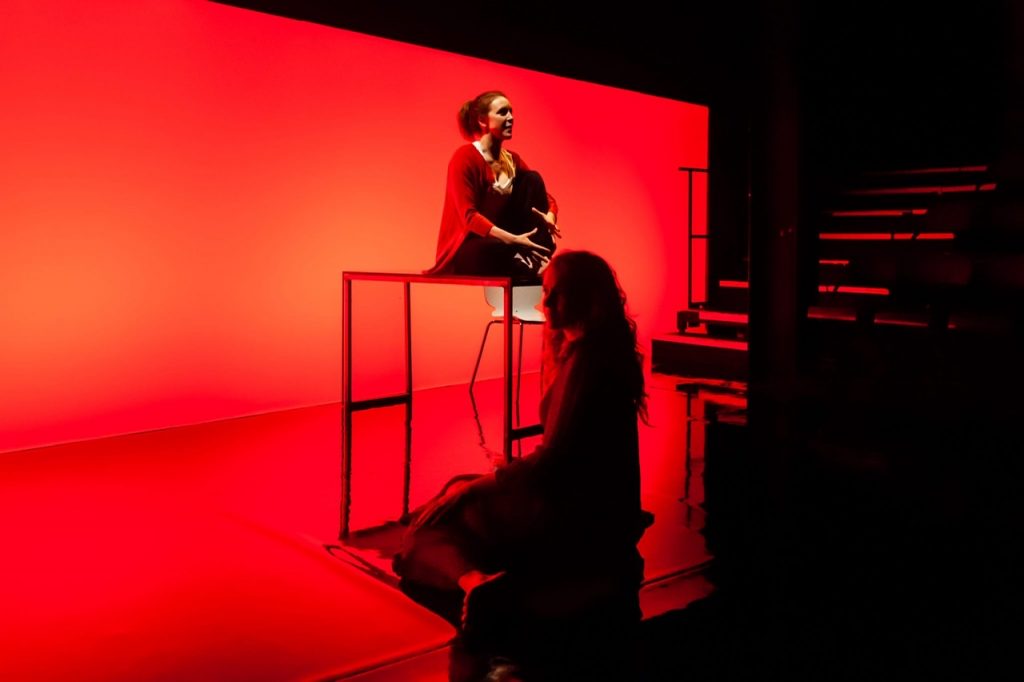 The duologue begins shortly after the two women survive a boating accident. Feeling a surge of adrenaline, they talk rapidly and examine each other, searching for any injuries. While they both appear fine at first, as the play proceeds, the couple disagrees on facts and memories. This creates an interesting tension as the nature of reality itself becomes questionable. As doubt seeps in, they disagree again and again, trying to remember exactly what happened and how they came to be on the beach. The play not only questions reality, but life itself and how our interpretation of events can colour experiences of life and death.

Oldham and Hardwick’s performances are stunning. They bounce off of each other, creating a buzz of energy that is infectious. Hardwick further adds to her performance by modulating her intonation with expertise. This has the delightful effect of transforming lines that would ordinarily seem impossibly morbid, into funny and well timed remarks. This gives the overall performance some much-needed levity, especially when it is juxtaposed with Oldham’s portrayal of grief, which is equally convincing.

Murat Daltaban has both directed and designed this piece. This double-billing is unsurprising as both these elements work very well together and succeed in creating an atmosphere at times of serenity and at other times of deep sorrow. The stage is almost bear. A small table and a chair are the only props present. A reflective sleek black sheen covers the stage, making it look like the reflective surface of the sea.

Overall, this adaptation of Meet Me At Dawn is very successful as each element works well individually, but work especially well once they are woven together. Whether it is Oldham and Hardwick’s performances melding into one another or Daltaban’s direction and Yilmazer’s lighting design adding to these elements, the overall effect is undeniably moving. 5/5

Meet Me At Dawn is currently showing at the Arcola Theatre until Saturday 9th of November 2019. To find out more about the production, visit here…