I Wanna Be Yours @ The Bush Theatre Review 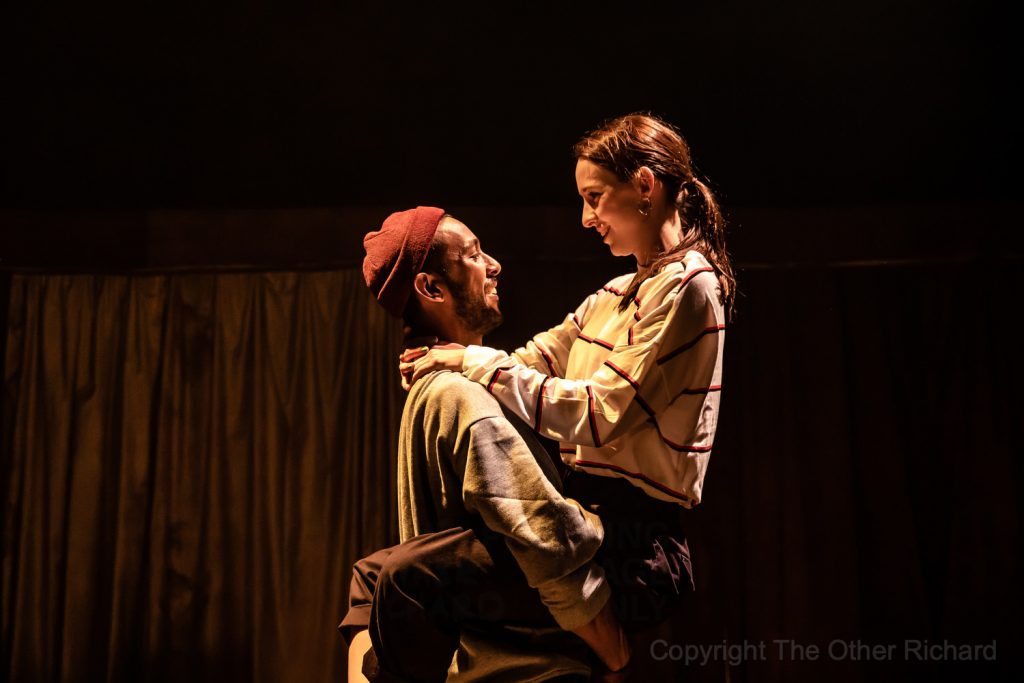 We are introduced into the slightly awkward but charming couple Ella (Emily Scott) and Haseeb (Ragevan Vasan), who find their own, somewhat, magic early on, but underlying this is ignorance from one and ensuing frustration from the other. We follow them as they attempt to deal with Andre the elephant, a concept which might be ironic, but is never built upon and seems like an unimaginative way of presenting an issue.

BSL is fantastically incorporated, this is something which needs to happen more and I Wanna Be Yours sets a good example.

Negotiating the challenges of a bigoted system and uncertain relationships, Scott and Haseeb do a good job in creating a believable world, told predominantly through spoken word, which does not shy away from honesty.

Playful delivery builds well on witty wordplay creatively, warming the characters to the audience from the word go. From there, we dive into the nuances and complications of cultural identity and the prejudice of the system. Unfortunately, it does occasionally feel as though the issues of prejudice and ignorance, which are so crucial as I watch this on election night, waiting in terror for the exit poll, play second fiddle to creating the believable, compelling relationship they create. On the other hand, the experiences retold may not seem quite so shocking had we not come to love the two of them.

Vasan is a fantastically charismatic performer, who excels in displaying the many layers of his experience and the internal conflict of mind and heart in the context of a cultural identity battle. Scott is in danger of becoming one dimensional, and her flatness does inhibit some of the believability.

There are fantastic moments of honesty which ground the show in harsh reality. Building from this, I wanna be yours thrives when not beating around the bush, and being honest, and this eloquently reflects the unease those complicit with the issue in hand have to talk about it.

Initially very funny, the humour is lost and where it began to comment on how we hide the questions bearing down on us, this is apparently forgotten about. However, is made up for by asking what we say when the camera pans away and we stop laughing.

The fantastic story-telling may have overstayed its welcome, but this does make good points in terms of how we negotiate and often blunder such issues. At times, I question the tonal structure of this play and how well it develops the themes and whether it leaves me with any questions. But then again, who knows? 2.5/5

I Wanna Be Yours is currently showing until Saturday 18th January 2020 at the Bush Theatre. To find out more about the production, visit here…