The only constant being her suitcase, Ana Bayat’s production Mimi’s Suitcase is a retrospective on the pivotal social and political historical events that have shaped who she is today, Mimi’s Suitcase a thoughtful tale of childhood, family, women’s rights and migration. 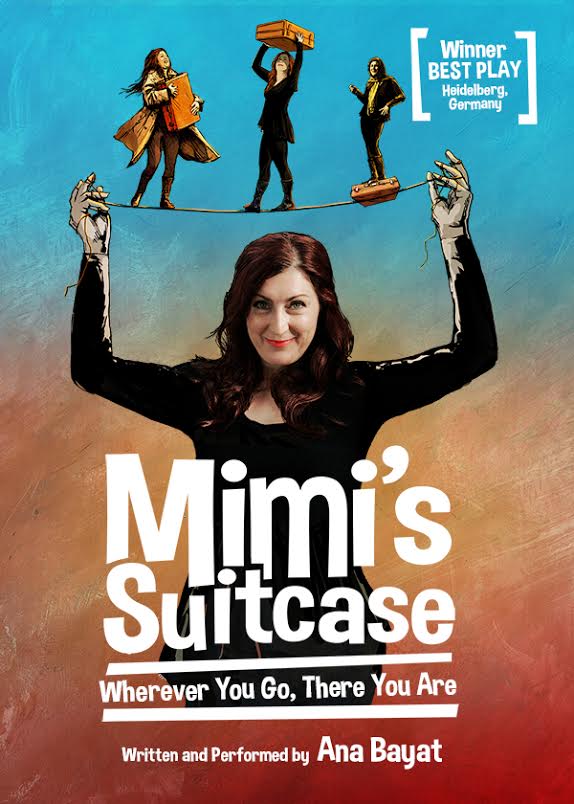 As the show’s title may suggest, Mimi’s Suitcase witnesses our lead consistently on the move, from her native country of origin Iran in to 60s and early 70s, to Spain in the mid 70s, before retiring back to Tehran during the 80s. Themes of migration and identity the show’s undercurrent as Bayat finds herself surrounded by a culmination of 70s and 80s American pop culture, mixed in with both Spanish and Iranian influences. A vivid observation of her upbringing, video projections collaboratively showcase landscapes and skylines as our lead moves from location to location.

We’re presented with an array of characters from family members to people Bayat has met along her colourful life journey so far, the show’s multi-lingual aspect, whereby Bayat switches from Persian, to Spanish, to French to English an impressive signature of the show as Bayat transports us to various locations and timings, effortlessly.

Mimi’s Suitcase is a story of survival, experiences of war, interrogation and lack of freedom the incentive to carve out a new life for herself, the acting world creating a means of escapism from this. The show takes on a simplistic, storytelling format, the one woman piece highlighting the lead’s encounters and experiences navigating political unrest. An entertaining yet informative watch.

Mimi’s Suitcase is currently showing until Monday 30th August 2021 as part of this year’s Edinburgh Festival Fringe. To find out more about the production, visit here…