A closer look at the life of a Navy veteran during the latter stages of his life, Metamorph Theatre’s Scab meticulously portrays a tragic life filled with mental health issues, trauma, loneliness, familial issues, broken friendships and being left behind by society. 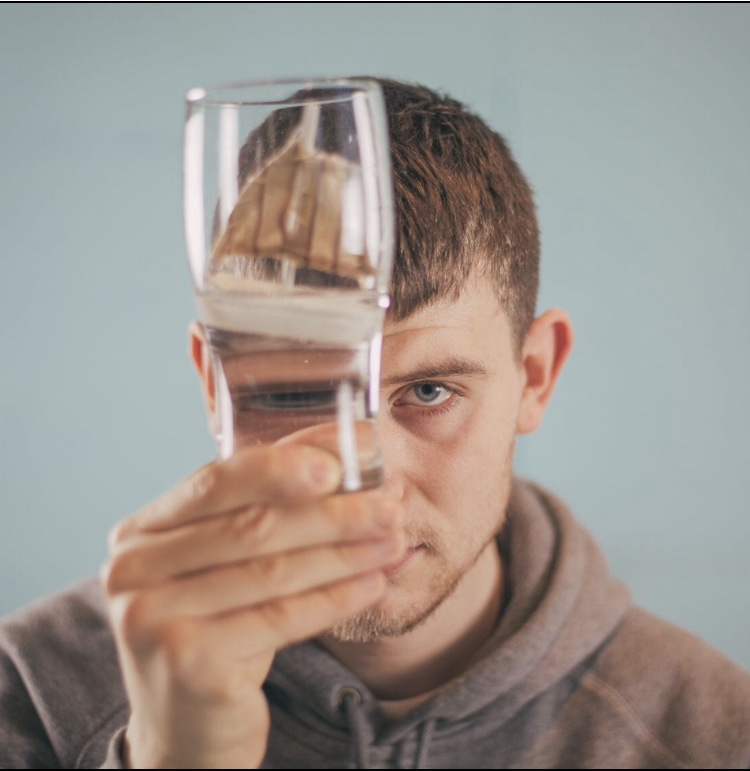 Initially due to perform during the last week of the 2020 Vault Festival, Scab returns with a well deserved debut at the Arcola Outside, Arcola Theatre’s newly designed space built in response to the pandemic. The venue’s wooden treasure chest bench inspired seats, married with the oak panelled staging perfectly accompany the show’s run down aesthetic, an unwashed, dingy couch and a solitary ragged strip of brown and beige wallpaper heightening our unseen protagonist, Keith’s current lonely situation.

Connor Lowson’s narrator unapologetically demonstrates Keith’s tale, an elderly man surrounded by mystery. We’re never quite 100% sure as to what has led Keith to end up how he has done, alone – anchored by family rifts and the memory of a friend he hasn’t seen in decades. The show’s northern coastal setting a symbol of Keith’s naval past and love of building boats. Lowson a brash, bold, powerful presence – as if he’s taken it upon himself to tell Keith’s story, a man forgotten.

Luke Stapleton’s script acutely carves out Keith’s unseen presence, although a one man show, Keith lives through Lowson’s charismatic narrator, a clever facet of the play that director Jamie Biddle captures, never a dull moment, we’re left constantly intrigued, attempting to connect the dots but never quite being able to, we’re left questioning, the show open to interpretation, which is a good thing.

Scab is currently showing until Saturday 21st August 2021 at the Arcola Theatre. To find out more about the production, visit here…