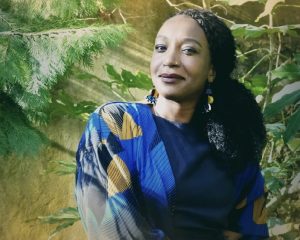 Founded in 1997 by British Nigerian actor Femi Elifowuju Jr, tiata fahodzi, meaning ‘theatre of the emancipated’, has been a leading force in regards to producing works placing the British African experience centre stage. Nearly 25 years on, their initiatives expanding on this crucial mission. Previous Artistic Director alumni including critically acclaimed actor Lucian Msamati, and current Artistic Director and CEO of the Northern Stage Theatre Natalie Ibu. Leading tiata fahodzi into their next chapter, critically acclaimed theatre and screenwriter Chinonyerem Odimba has recently announced a new Executive Director and Board of Trustees. Chinonyerem Tells us more about the appointment and what her hopes are for the theatre company moving forward.

Hi Chinonyerem, tiata fahodzi have recently announced a new Executive Director and Board of Trustees, how are you feeling?

Delighted to be welcoming such talent to both the Senior Management Team, and to the Board of Trustees. And I feel very excited about the work we will all be doing to grow tiata fahodzi into a theatre company for the future, by building on the work we have been doing for 25 years, and responding to the needs of industry today.

Asma is an incredible win for us as a company. As well as her experience in fundraising, Asma comes with a huge amount of experience in advocacy and campaigning. This particular sensitivity to the social imperatives of tiata fahodzi really stood out for me.

We were looking for the best voices, industry leaders, and advocates for change, and this line up of new Trustees I believe has that and more. They are all inspiring in the skills that they will bring to tiata fahodzi, but also as the majority as first time Trustees and from Global Majority heritage,they represent the future leaders of the industry and I could not be prouder to be working with them.

It was announced that you’d become the new tiata fahodzi Artistic Director last year during the pandemic. How did you find the experience of that? How were you able to adapt your work during that time?

Taking on this role during the pandemic ironically felt right. I think the last 18 months has seeded a need in me to look for ways to support my fellow theatre-workers and freelancers, and I had already been involved in FMTW, as well as running workshops for artists independently before becoming AD/CEO of tiata fahodzi. The question of adapting how we work is a daily exercise currently, and what remains constant is that we are all learning more deeply about our own vulnerabilities, as well as looks at ways to support each other.

tiata fahodzi celebrates 25 years next year, having initially been set up in 1997 to place the stories of British African heritage communities at its core. What are your hopes for the company moving forward?

This is the hardest question to answer because my hopes for the company,and the role it should, and needs,to play in the wider theatre ecology, is ever expanding. I want us to continue to serve the British-African heritage artists and audiences that we exist for, but also want us to become a home for more and more artists that are looking for a space to be themselves, and to make work that does not feel limited by the perceptions of ‘what they should be’. We are at the start of what I hope will be a very thrilling adventure for the company and will ensure our place in theatre for the next 25 years and beyond.The joy for me will always be in talking directly to artists and getting to know who they are.

To find out more about tiata fahodzi, visit here…