No One @ The Rotunda (Brighton Fringe Festival 2022) Review

A superpower I’m sure many would wish to have, the concept of invisibility has captured the imaginations of many. Originally published in 1897, H.G. Wells’ The Invisible Man has done just this – the tale following scientist Griffin’s discovery of how to make himself invisible, this starting off a chain of events that lead to life changing circumstances before his true form is revealed. Inspired by the work of Wells, AKIMBO present No One, a supernatural thriller taking us on an unpredictable journey of the metaphysical. 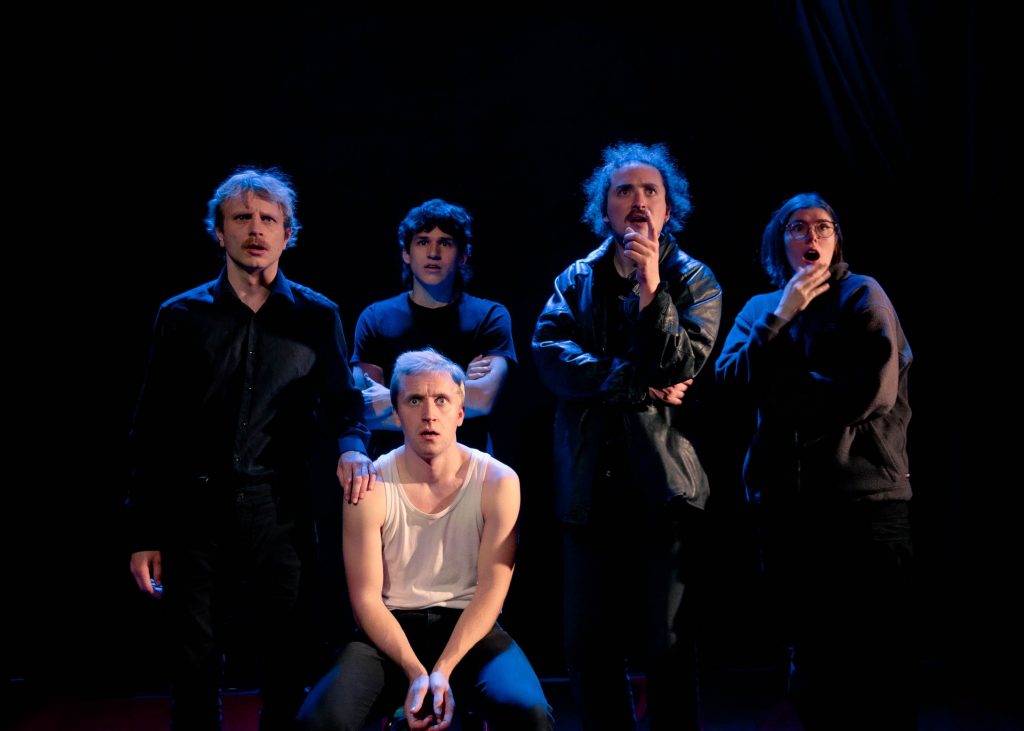 A typical night in Blackpool drastically turns into a dramatic search for bartender Mia (Rosanna Mallinson), now missing, the coastal town rocked by the mysterious happening and who or what is behind it. No One delving into the mind of prime suspect student Thomas Marvel (Halvor Schultz) and the series of events leading up to her disappearance. Investigators Chief Inspector Tate (Owen Bleach) and Detective Rodrigues  (Florian Wiedenbach) setting the crime drama’s interrogative tone, the whats, whys, whens swirling around this as we meet along the windy interrogative path an array of colourful characters offering an insight, and that step closer to much needed answers.

No One examines the metaphysical, Griffin (Pierre Moullier) an enigmatic invisible presence, that through the pursuit of love and acceptance causes mayhem to the naked eye, Thomas Marvel’s life changed by their interaction and a bond that’s fascinating to watch unfold. The evening a fun, eventful event that does well to foster intrigue, cause confusion, have us more in the know at points than some of the cast themselves, has us think deeper and beyond what we already know and can see – slick choreographed physical theatrical fights, unions and gatherings constantly keeping the show afloat, the ensemble magically showcasing the chaos of the unseen.

No One was shown from Tuesday 24th until Sunday 29th May 2022 at The Rotunda as part of this year’s Brighton Fringe Festival. To find out more about the production, visit here…