A city situated in Central China’s Hubei province, Wuhan is the largest and most populous within Hubei –  China’s capital for a short period in the late 1920s, the city would go on to serve as the country’s wartime capital in 1937 during WWII. To this day, the city holding a powerful influence within various arenas within Central China including the political and economical. Born in Wuhan in the 90s, comic Moni Zhang shares her experiences of home, family and school before making the move to study abroad in Germany in her stand up show Moni Zhang: Child From Wuhan. 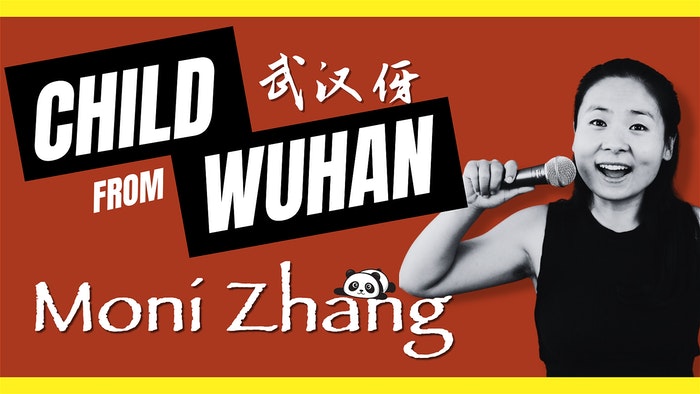 Zhang’s loquacious demeanour immediately energises the intimate setting of The Laughing Horse (The Walrus Pub), sharp tongued she starts as she means to go on, fearlessly addressing the taboo before generously sharing her own stories of home and how these have shaped who is today. Described as the breakfast capital of China, we’re given a clearer insight into the city’s character – Zhang delving into the reality of her parent’s divorce and ripple effect of this on the family, not just Zhang, but now strained dynamic between her mother and grandfather due to the cultural implications of divorce. Zhang’s distant relationship with her father and complex dynamic with her mother tough to listen to, anchoring the show in truth that is endearing.

The first to graduate from her family, Zhang speaks of her time studying and living in Germany, comparisons to her native Chinese food and German cuisine hilarious to listen to – food most definitely having that ability to cause passionate discussions and debates that either unite or divide. Zhang’s dating drama further adding to the evening’s hilarity before a profound experience looking after her two dogs give her that much needed epiphany about motherhood in regards to her relationship with her mum and the caring role she now takes on looking after her pets. Throw in some toilet humour and Zhang has an effortless ability to switch between the silly moments and the more subdued, Zhang captivating to listen to.

Moni Zhang: Child of Wuhan is currently playing until Sunday 5th June 2022 at The Walrus Pub. To find out more about the show, visit here…