ZOO Southside AND ZOO Playground ARE BACK FOR 2022 EDINBURGH FRINGE!

ZOO is back in Edinburgh for 2022’s Fringe with a programme packed full of our signature fresh, innovative and spectacular performances, but we were never really away. In 2020, ZOOTV brought the festival to people wherever they were, while in 2021 we teamed up with Gilded Balloon, Traverse Theatre and DanceBase at MultiStory, an innovative open-air venue atop an NCP car park beneath Edinburgh Castle. 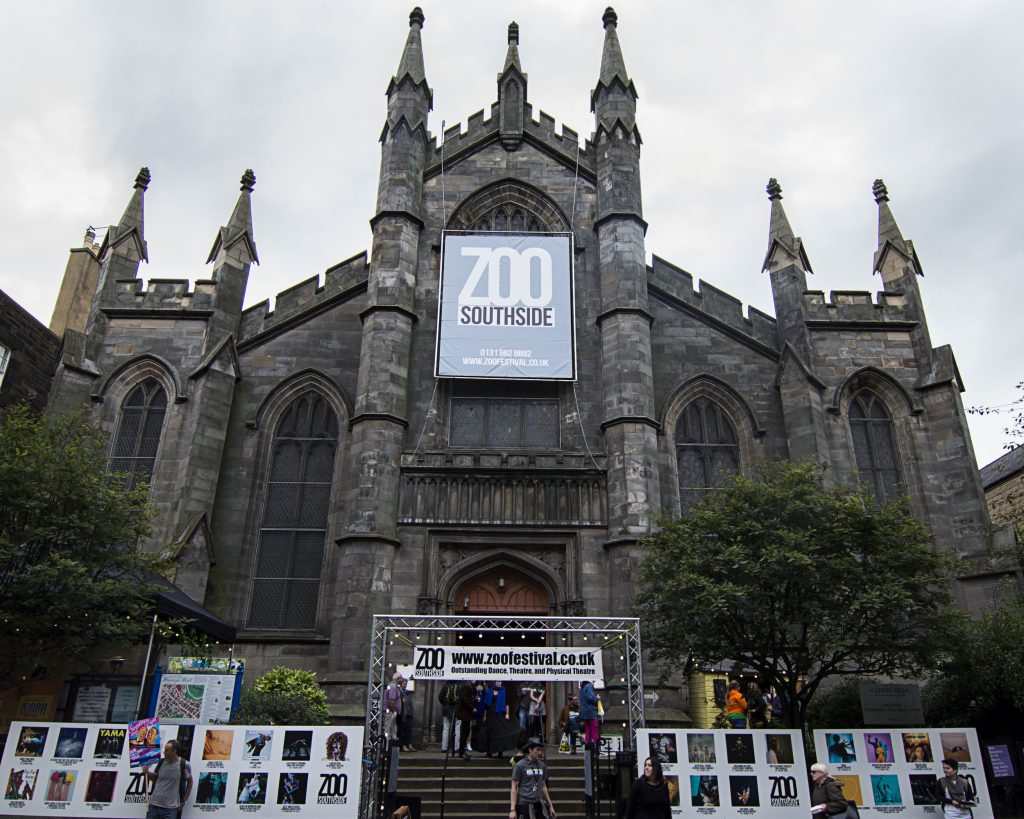 This year, though, we’re delighted to be back at ZOO Southside and ZOO Playground offering over 50 shows spanning the totality of contemporary performance across our five spaces. The iconic Main House at ZOO Southside will be all go with a non-stop array of shows throughout the day across the three weeks including the breath-taking physicality of Herald Angel winners MECHANIMAL’s Megalith, along with 7 times Fringe First winner Ontroerend Goed’s Every Word Was Once An Animal, and even Afterhours Comedy late night comedy showcase. There’s also original music from Daniel Fox of Gilla Band accompanying the poetic dance rhythms of United Fall in Night Dances, getting the third week nights into a deep groove for eyes, ears and hearts.

Our four studio spaces also host a complete and diverse selection. Pushing the mercury at ZOO Playground is The Heat Museum from Dream Pavilion, finding hope in the midst of a devastating heatwave. Also at ZOO Playground are both the uplifting Adrian Goatley: Tenacious (as seen on the BBC and at The Apollo Theatre) and the doomed biography of An Audience with Stuart Bagcliffe from Triptych Theatre. ZOO Southside’s studio offers thoughtful examinations of issues such as motherhood through Maternity (Frechot Ensemble – Hana Vazana) and Raging Mother (From Start to Finnish); the journey from boy to child soldier in Uganda’s LRA in Far Gone (Roots Mbili Theatre) and reflections on the growth, violence and loss of the 20th century in Johnny Got His Gun (also From Start to Finish.)
As ever, it’s a thoroughly International affair at ZOO this year including the spectacular acrobatics of Cirk La Putyka’s Runners and Losers Cirque Company’s Heroes which continue out long-running and critically acclaimed association with Czech performing companies at the Fringe. 2022 also brings a showcase of Danish work including FIX&FOXY’s politically charged reimagining of Rocky and the poetic extraordinary from ordinary WALK-MAN by DON GNU, while ZOOTV lives on through hello!earth’s Tuesday Night Sleeping Club offering immersive, live-streamed audio to audiences at home, in Edinburgh and beyond.
We never neglect home-grown offerings either and are delighted to be welcoming shows from across the UK and Ireland. Week one brings a fascinating set of shows from Art27 Scotland highlighting issues such as injustice, the immigrant experience and the effects of conflict including Blood Red Lines (in association with Our Land Productions) featuring folk singer and peace activist Tommy Sands, one of five shows with limited runs you’ll not want to miss in a dynamic and varied first week morning programme kicking us off at 10:30am – often with breakfast included.
In week two we’re proud to be hosting two shows from the Made in Scotland Showcase. Fault Lines from Two Destination Language explores the fracture between feminism and fabric, with audiences invited to bring their mobiles and headphones (also provided) to choose their own audio accompaniment for this visual and physical feast. The Relentless Approach of Better Times draws from Emma Smith’s work with Musicians Without Borders in Palestine and El Salvador using music and multimedia to inspire and give voice to positive action in the face of forced migration, climate change and endemic political corruption.
To complete three weeks of outstanding showcase performances Horizon – Performance created in England with its first in-person showcase at the Fringe. Civilisation, a collaboration between Jaz Woodcock-Stewart and Morgann Runacre-Temple follows a day in the life of a woman following a tragic event in an experiment in theatrical realism and contemporary dance in ZOO Southside’s Main House, while over at ZOO Playground Aidan Moesby explores civil and personal wellbeing, feeling under the weather and climate change, in the playful, questioning and deeply human I was Naked, Smelling of Rain.
As well as offering something for everyone, we’re also delighted to be offering a programme that’s more diverse and accessible than ever with diversity-led shows such as I Was Naked, Smelling of Rain by Aidan Moesby, part of the Horizon Showcase, and ZOO co-production The Rainbow – A Rehearsed Reading of a New Adaptation by Nicola Werenowska. Across our five spaces are a wide range of range of performances offering BSL, Audio Description and Captioning as we strive to make our programme as accessible as possible for as many as possible.
Full details of our programme, along with tickets to all our shows, are available through our website.
We very much look forward to welcoming you back to ZOO – home of the unexpected.
Adrian Goatley: Tenacious, Afterhours Comedy, Aidan Moesby, An Audience with Stuart Bagcliffe, Art27 Scotland, Blood Red Lines, Cirk La Putyka, Cirque Company, Civilisation, DanceBase, DON GNU, Dream Pavilion, Edinburgh Castle, Edinburgh Festival Fringe, Edinburgh Festival Fringe 2022, Emma Smith, Every Word Was Once An Animal, Far Gone, Fault Lines, FIX&FOXY, Frechot Ensemble, From Start to Finish, From Start to Finnish, Gilded Balloon, Hana Vazana, hello!earth, Heroes, Horizon – Performance created in England, I was Naked Smelling of Rain, Jaz Woodcock-Stewart, Johnny Got His Gun, Made in Scotland Showcase, Maternity, MECHANIMAL, Megalith, Morgann Runacre-Temple, MultiStory, Nicola Werenowska, Night Dances, Ontroerend Goed, Our Land Productions, Raging Mother, Rocky, Roots Mbili Theatre, Runners and Losers, The Heat Museum, The Rainbow, The Relentless Approach of Better Times, Traverse Theatre, Triptych Theatre, Tuesday Night Sleeping Club, Two Destination Language, United Fall, WALK-MAN, ZOO Playground, ZOO Southside, ZOOTV
9th June 2022by Theatrefullstop