At the age of 7, whilst his father was serving at the front towards the end of WWII, a young Rudolph Nureyev would, alongside his mother and 3 siblings watch ballet performance Songs of the Cranes at the Ufa Opera House, Russia – and it is was this performance that would align Nureyev onto a path to becoming one of the ballet world’s greats. He very early on showcasing his need to rebel a very set in stone structure and world, and imprint a language all of his own, developing his own emotive style that would go on to be celebrated and replicated. A celebration of his contribution to the ballet world, Nureyev Legend & Legacy passes on the baton also, celebrating the talent of tomorrow. 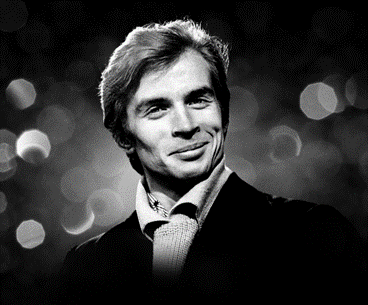 Introduced by multi-award winning actor Ralph Fiennes and former ballet dancer and Artistic Director of The Royal Ballet Dame Monica Mason DBE, the two immediately draw us all into Nureyev’s turbulent world of defecting to the West from Russia, yet using this fire to fuel what would become his artistic legacy, Mason who had actually danced with Nureyev really bringing it to home what he contributed to the rehearsal room as well as on the stage, his passion for the art form fundamental for innovation.

Nureyev Legend & Legacy will show until Monday 12th September at Theatre Royal Drury Lane. To find out more about the production, visit here…

Nureyev Legend & Legacy will be available to watch from Friday 16th until Monday 26th September 2022 on Marquee TV on a pay-per-view basis. To find out more, visit here…