Our childhoods shape who we become, experiences and encounters laying the footprint for how we confront situations in later life, traumas, whether obvious or not shrouding how we react to the day to day – memories incredibly significant, powerful enough to dictate what life looks like for us in the present moment. Translated from Édouard Louis’ Qui a tué Mon père (Who Killed My Father), Ivo Van Hove’s translation of the same name draws on Louis’ autobiographical work, is a reflection of his complex relationship with his macho father, an alcoholic battling his own demons, beaten down by his work in the heavy industry and pressured to maintain his role as the man of the house. The fallout of this resulting in a clash in ideologies, volatility, a decline in mental health and non acceptance. 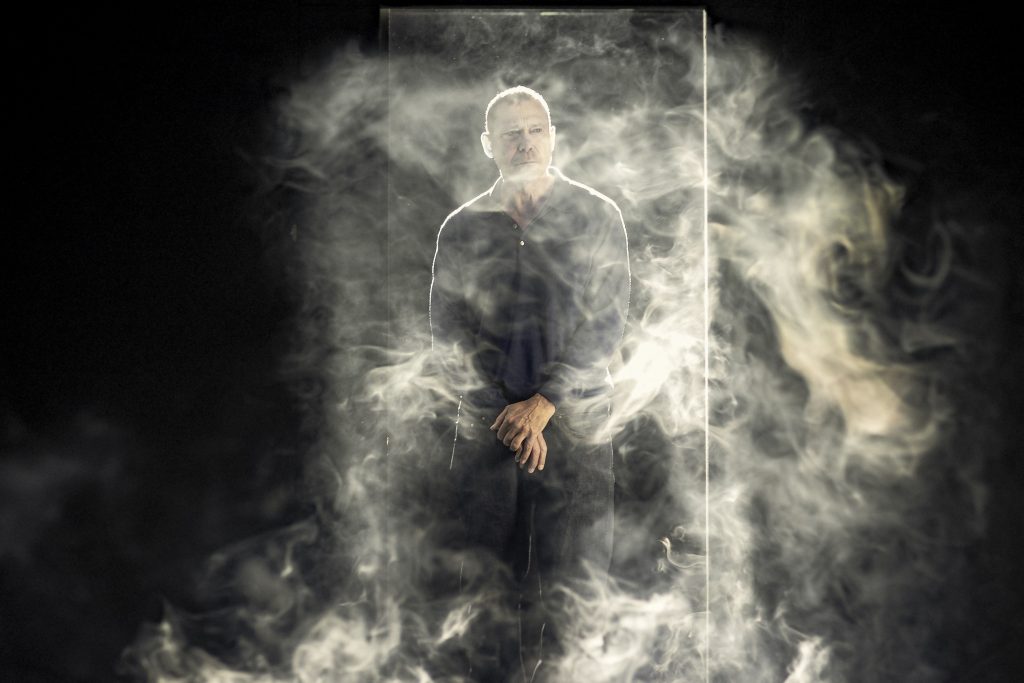 Drawn more so to Aqua’s Barbie Girl than perhaps what would have been typical for a young male to listen to, Louis adamantly challenges gender norms in an era and society not so welcoming of this. Longing for a copy of the film of the moment, Titanic, clashes in ideology between father and son become even more volatile, the need to embody and display machismo a necessary endeavour in the eyes of Louis’ father, in the eyes of Louis, not so. Hans Kesting’s channelling of both Louis and his father is a lot to take in, Kesting, who is nearer to the father’s age than Louis’ tussles between the two, it’s as if this man is actively tackling the ghosts that so obviously still haunt the family and also, as if Kesting is a prophetic vision of what Louis himself could become.

Van Hove ambitiously tackles Louis’ novel, the show an introspective encounter that lays thoughts of our protagonist bare, that in itself cause moments of sustained energy that can feel slow paced, but make the rousing speeches that much more potent. The show’s stream of consciousness component contributing an honesty that causes self reflection for all, Centre Line Fabrications’ gritty, unkempt yet bare set unsettling, prison-like, placing us more so in our protagonist’s emotionally hardened world – the realities of mental health issues, coming to terms with sexuality, domestic abuse, masculinity and gender norms and the impact of politics on all, clear here, these all fuelling the show’s cathartic nature.

Who Killed My Father is currently showing until Saturday 24th September 2022 at the Young Vic. To find out more about the production, visit here…