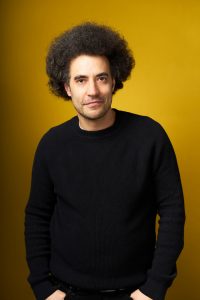 The Board of Chichester Festival Theatre announces today the appointment of Justin Audibert to succeed Daniel Evans as Artistic Director. Currently Artistic Director of London’s Unicorn Theatre, and a freelance writer and director who has directed productions for the RSC and the National Theatre, Justin will take up his new post, working alongside Executive Director Kathy Bourne, in July 2023.

Mark Foster, Chair of Chichester Festival Theatre, said: ‘I am delighted to confirm Justin Audibert as our next Artistic Director. After meeting a very impressive longlist and shortlist of candidates, we were in no doubt that Justin’s experience in making theatre for audiences of all ages in venues large and small, together with his creativity, energy and enthusiasm, make him an outstanding choice to take Chichester Festival Theatre into its seventh decade. As well as being one of the UK’s most admired directors, he shares our values and our commitment to the vital importance of community, diversity and inclusion. We warmly welcome him to the CFT family and look forward with great anticipation to the vision and leadership he will bring to Chichester.’

Justin Audibert said: ‘I am so excited to be joining Kathy Bourne and the wonderful team at Chichester Festival Theatre. It is an organisation that creates brilliant, innovative productions with inspirational artists that delight audiences in Chichester, across the UK and around the world. In addition to the magic that is created on its stages is the ground-breaking work CFT does in communities through their Learning, Education and Participation department. Being able to combine those two huge passions of mine and lead such a dynamic team makes this my dream job, and I am honoured to have been appointed the new Artistic Director by Mark and the Trustees.

‘Whilst this is a wonderful opportunity for me it is, of course, tinged with the sadness of leaving the Unicorn Theatre. I want to say a huge, heartfelt thank you to the entire team at the Unicorn who have given and taught me so much. It is a unique and joyful organisation and I look forward to cheering it on and watching it grow and thrive under my successor.

‘Lastly, on a personal note, Chichester holds a very special place in my heart. As a child we used to holiday in this beautiful area and I have a deep abiding affection for the stunning countryside and friendly people of West Sussex. I cannot wait to get to know them better as we create the next chapter in Chichester Festival Theatre’s illustrious history.’

Kathy Bourne, Executive Director, commented: ‘Justin’s shared understanding that our work off stage for all members of our community and young people stands equal with our outstanding work on stage, aligns perfectly with CFT’s vision and values. His verve and dynamism are a great fit for CFT and will ensure that we continue to deliver ambitious, exciting work of the highest quality. I’m so looking forward to welcoming him to the team at Chichester.’

Daniel Evans, who leaves Chichester at the end of April, added: ‘I am beyond thrilled by Justin’s appointment. Not only has he run the Unicorn Theatre with innovation and ingenuity, but he has also in recent years directed acclaimed productions on our national stages in London and Stratford. He is a thoughtful, dynamic and compassionate leader.

‘I will continue to oversee the Festival 2023 season while beginning my new role at the RSC and handing over to Justin, and I know he will enjoy the same warmth and support from our audiences, artists, staff, supporters and communities as I received when I arrived. More than anything, I wish him the very best and I’m excited to see how he advances the journey of the brilliant CFT.’

The recruitment of the Artistic Director was led by Mark Foster and Board members Harry Matovu KC, Mike McCart, Holly Mirams, Caro Newling OBE and Stephanie Street, with advice from the director Dominic Cooke. The process was observed by Neil Darlison (Arts Council England).

Other recent theatre directing credits include: The Taming of the Shrew, Snow in Midsummer by Frances Ya-Chu Cowhig (also at Oregon Shakespeare Festival) and The Jew of Malta (Royal Shakespeare Company); Macbeth and The Winter’s Tale (National Theatre); The Box of Delights by John Masefield, adapted by Piers Torday (Wilton’s Music Hall); The Cardinal by James Shirley (Southwark Playhouse); The Jumper Factory by Luke Barnes (Young Vic Prison Project); How (Not) to Live in Suburbia by Annie Siddons and Wingman by Richard Marsh (Soho Theatre); The Man with The Hammer by Phil Porter (Plymouth Theatre Royal); Unscorched by Luke Owen (Finborough Theatre); and Gruesome Playground Injuries by Rajiv Joseph (Gate Theatre).

Film and digital theatre: Justin wrote and directed Marvin’s Binoculars, three episodes of Anansi The Spider Re-spun and directed Philip Pullman’s Hansel and Gretel for Unicorn Online, and directed the short film Joseph Knight for the National Theatre of Scotland and BBC Scotland. His production of The Taming of The Shrew was broadcast live into cinemas around the world and his productions of Macbeth and The Winter’s Tale, both adapted by him for young audiences, are part of the National Theatre Collection.

He wrote and presented the two BBC Live Lessons on Shakespeare for the RSC and has taught at drama schools and universities in the UK and around the world.

In 2012 he was the recipient of the Leverhulme Award for Emerging Directors from the National Theatre Studio and was one of The Guardian’s 12 Theatre Stars for 2020.

He is a trustee of Headlong, Invisible Flock, and the Peggy Ramsay Foundation, and is on the Advisory Council for the Children’s Touring Partnership and the Cultural Learning Alliance.

To find out more about Chichester Festival Theatre, visit here…