In this series of 90-minute workshops designed for theatre freelancers, Bush Theatre staff team will share their knowledge in various areas of the business side of creative life. Each of the workshops will be informative and interactive and aimed at freelancers. 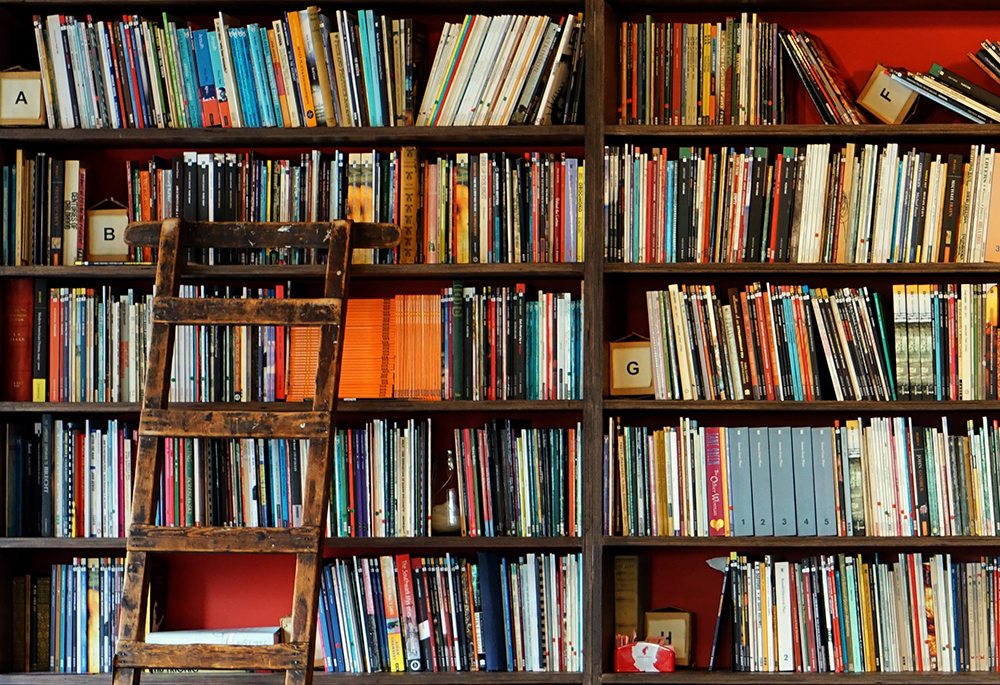 The Bush’s Library Bar and Café will also be open, and freelancers are encouraged to network.

There are limited free bursary places available for freelancers who need them. Contact bushgreen@bushtheatre.co.uk for more information on how to apply for a bursary place.

Producer Oscar Owen will cover the basics of self-producing a show, drawing on his experience as both a freelancer and venue producer. He’ll talk through the process from finding ideas and people to work with to budgeting and contracting to liaising with a venue and finding a good deal.

Oscar is the Producer at the Bush, working across the theatre and studio to deliver the Bush Theatre’s programme. Oscar first joined the Bush in 2019 as Assistant Producer before becoming Associate Producer and then Producer in 2021. Before this he worked with Nuffield Southampton Theatres where he supported both the producing and programming departments as well as producing youth theatre productions. Oscar studied Theatre and Performance Studies at the University of Warwick, and while at University he produced shows in the Warwick Arts Centre as well as working for the National Student Drama Festival, Warwick Student Arts Festival and at the International Federation of Theatre Research 2014 Conference. As a freelancer, Oscar has provided dramaturgical support for multiple scripts including work at VAULT Festival and he worked with Walrus Theatre as a producer on the original production of Lemons Lemons Lemons Lemons Lemons.

In this workshop aimed at playwrights, Literary Manager Deirdre O’Hallloran will discuss how to make the most of a meeting with a theatre and will run practical exercises to help you hone your pitching skills. There will be time to ask your burning questions in this interactive session.

Deirdre is the Literary Manager at the Bush Theatre, working to identify and build relationships with new writers, commission new work and guide plays to the stage. At the Bush she has dramaturged plays including Red Pitch by Tyrell Williams, The P Word by Waleed Akhtar, and Lavaby Benedict Lombe. Prior to joining the Bush Theatre team, Deirdre was Literary Associate at Soho Theatre, where she worked as a dramaturg on plays including Girls by Theresa Ikoko and Fury by Phoebe Eclair-Powell. She led on Soho Theatre’s Writers’ Lab programme and the biennial Verity Bargate Award. As a freelancer, Deirdre has also worked for Paines Plough, Sonia Friedman, and Rifco Theatre Company.

Lynette Linton and Daniel Bailey will talk through the business of being a director. Covering everything from networking, assessing projects, and negotiating with producers, to managing a team of creatives, this will be a no-holds-barred discussion about the realities of developing and maintaining a directing career. Followed by a short Q&A.

Lynette Linton is Artistic Director of the Bush Theatre. During her tenure she has programmed a series of ground-breaking debuts from UK and Irish writers, including the Olivier Award winners Baby Reindeer and Old Bridge. At the Bush, Lynette directed the world premiere of Beru Tessema’s House of Ife and an adaptation of Jackie Kay’s Chiaroscuro. Recently Lynette directed the critically acclaimed production of Pearl Cleage’s Blues for an Alabama Sky at the National Theatre, Richard II at Shakespeare’s Globe (co-directed with Adjoa Andoh), and the UK premiere of Lynn Nottage’s Pulitzer Prize-winning play Sweat (Donmar / West End). TV includes My Name is Leon (BBC).

Daniel joined the Bush in 2019 alongside Lynette Linton. He was previously Associate Director at Birmingham Repertory Theatre, originally joining The REP as part of the Regional Theatre Young Director Scheme and where his work included artist development programmes for writers, theatre-makers, and directors. He has previously been Resident Director at the National Theatre Studio, Associate Artist at Theatre Stratford Royal East, and Resident Assistant Director at the Finborough Theatre. At the Bush, Daniel directed the world premieres of Temi Wilkey’s The High Table and Tyrell Williams’ Red Pitch. Other credits include Fehinti Balogun’s Can I Live? (Complicite), I Wonder If (Young Vic Taking Part), Blue/Orange (Birmingham Rep).

In 2023, Daniel and Lynette will be co-directing Lenny Henry’s debut play, August in England, at the Bush Theatre.

Finance Manager Neil Harris will take through the basics of taxation, budgeting, and financial planning within a freelance career.

Neil currently works as a Head of Finance and Trustee at several organisations that are engaged in providing creative experiences or providing an opportunity for students, teachers, and writers to develop their creative skills.  As well as his main role as Head of Finance at the Bush Theatre, Neil is part-time Head of Finance at the Blackheath Conservatoire, which provides art, drama, and music courses to the local community. He is Trustee at AND, the Arts Council Funded Bridge charity for education and the arts in London, and Trustee at the Arvon Foundation, the Arts Council Funded national creative writing charity. Neil has wide experience of the charity, education, and not-for-profit sectors, including working with Ravensbourne College of Design and Communication and Oxford University. A graduate of Warwick University, he was President of the Drama society but can certainly claim no acting ability!

Ruth Davey and Eleanor Tindall will present an overview of how theatres are funded, followed by an in-depth look at how to approach funding applications as an individual or company. There will be time for questions in this interactive workshop.

As Head of Development & Marketing, Ruth leads all aspects of fundraising at the Bush as well as overseeing the Marketing team. Over her career, Ruth has worked in a variety of arts organisations including Rose Theatre Kingston, Ministry of Stories, and RADA, as well as a three-year stint at the Almeida Theatre. Ruth had a career in exhibition and conference management before returning to university to gain an MA in Arts Management and moving into the arts. Ruth is also a trustee at South Mill Arts, a multi-arts venue in Bishop’s Stortford.

Eleanor is responsible for leading on Trusts and Foundations and Events for the Development Team. Alongside her work at the Bush, Eleanor is also a writer for stage and screen and has had her work produced at the Bunker, the Almeida, and Soho Theatre. She is also an associate artist at Broccoli Arts, a company presenting and supporting work made by, for or with queer women.

Marketing Managers Shannon Clarke and Ed Theakston will take you through developing a marketing campaign for a self-produced show, from identifying your target audiences, developing key messages, writing compelling copy, and creating impactful assets, as well as discussing working with venue Marketing teams. There will be plenty of time for questions and discussion in this interactive workshop.

Shannon is Marketing Manager at the Bush. Shannon started her career as the Marketing Intern at the Bush, going on to work as Marketing Assistant for Theatre and Dance at the Barbican Arts Centre. After launching their 2020 season, she returned to the Bush as Marketing and Sales Officer, and then as Digital Marketing Officer.

Ed is Marketing Manager at the Bush. Ed has worked as a freelance producer and theatre-maker since graduating from East 15 Acting School six years ago, with a range of experience in self-producing. As a creative producer & director, Ed’s work has been produced at venues including Theatre503, King’s Head, Camden People’s Theatre, and Tara Arts, including the recent Arts Council England-funded tour of Theatre For Two. Ed has also worked in a variety of roles in theatres including as Front of House Manager at The Bunker Theatre for two years, and as Assistant Box Office Supervisor at the Royal College of Music.

Shannon and Ed run the Bush Theatre’s marketing campaigns for productions and for the venue, regularly collaborating with artists, freelancers, consultants, and co-producers.

To find out more about the great work the Bush Theatre do, visit here…