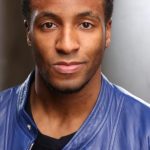 What Theatre Royal Stratford East are known for is producing fresh shows that speak to the local community. With issues of race and gender equality being hot talking points, Kirsten Childs channels this in her latest musical, The Bubbly Black Girl Sheds Her Chameleon Skin. Ashley Joseph, who currently plays Lucas in the musical speaks about his character Lucas, his inspirations as a performer and his future performance plans.

Hi Ashley, you’re currently starring in The Bubbly Black Girl Sheds Her Chameleon Skin. How are you finding the experience?

I have found this experience to be challenging and insightful. Challenging because it is my first time doing a musical and insightful as I have learned so much from my fellow actors and the creative team.

Could you explain what the show is about?

Bubbly in my eyes is a coming of age story, set in L.A & New York following the protagonist Viveca (Bubbly) who is trying to find her place in the world. Where she fits in. Is it through her identity, her race, her culture, her interests? The story starts with Young Viveca (played by Karis Jack) in the 1960’s and follows her on her journey into her early twenties in the mid 1980’s. Along the journey there are plenty of LAUGH OUT LOUD moments, funky vibrant costumes, a cast of 10 playing over 50 characters and some real tender moments that we can all identify with.

The production is set amongst a hostile backdrop of segregation and the Civil Rights Movement. What do you want for audiences to take away from the show?

I think I would like audiences to feel that they have learned something new about the world we live in, have discovered or re-discovered something about themselves. Ultimately theatre is a personal experience for each individual and as long as the show gets them talking and questioning, then we’ve done our jobs.

Can you explain more about your character Lucas?

Hahahaha! The infamous character of Lucas. Lucas is charismatic, charming, smooth and sensual (Well…In His Mind!) He is Viveca’s boyfriend in act 2. He has a very unique perspective on relationships formed by an important figure in his life. That’s all I can say about him! Come and see the show and find out how hilarious Lucas is!

What drew you to take part in this production?

To be honest I have been dodging musicals like James Bond dodges bullets…for years!!! A few friends told me about this production and encouraged me to audition and I had just started singing lessons. So I gave it a shot. The themes of the show appealed to me too.

Who or what has inspired you to become a performer?

I was always creative and active as a child. When I was about 8 years old I was watching a sketch show on television called The Real McCoy. I saw this amazing performer called Marcus Powell and in that moment I knew I wanted to be an actor. Luckily I’ve been blessed so far in my career to have worked with him twice.

Are you involved in any other projects this year? What do you have planned for the future?

My next project after this involves an aeroplane, a beach and a lot of sun…It’s called holiday time! After that I will be performing in the hit improvised comedy show called ACTing Up at Rich Mix Theatre on the 25th May, 7:30pm. Be there or be circle.
@ACTingUp_Comedy @ASHLEY_J_87

Take every opportunity, always be open to learn from others. Be honest, be humble and be on time.

The Bubbly Black Girl Sheds Her Chameleon Skin is currently showing at the Theatre Royal Stratford East until Saturday 11th March. For more information on the production, visit here…