Much Ado About Nothing @ The ADC Theatre Review

Gossip, rumour and defamation are all indulgences shared in the cosmos of comedy that is Much Ado About Nothing. ETG welcome you to the Carnival with their modern retelling of Shakespeare’s Comedy, where nobody dies and some marriages take place. In its 60th year The Cambridge University European Theatre Group, an entirely student-run theatrical company, end their two week tour at The ADC Theatre granting us a feast of masquerade, colour and spectacle. 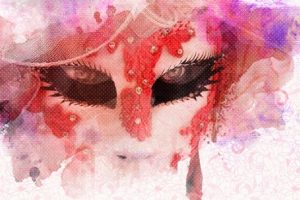 The war is over and a carnival celebration emerges, with memories of fighting soon giving way to frolics and flamboyance. Love is in the air for many of the leading roles. Enchanted Claudio (Tom Taplin) wants to marry innocent Hero (Saskia West), but villainous Don Jon (Milo Callaghan) and Borachio (Oliver Jones) hatch a plan to scupper the marriage and assign unfaithfulness to Hero, through a malicious plot to trick Claudio. Meanwhile, strong willed Beatrice (Shimali De Silva) and comedic Benedick (Stanley Thomas) begin as enemies but end as lovers, and not to forget the foppery of Dogberry (Kate Collins) and Verges (Georgina Taylor). Well, let’s just say they have one another to support their escapades.

With a topsy turvy plot structure ETG do not falter on the clarity of storytelling, but instead fail on the lack of business on stage. One central white box deconstructs to reveal colourful benches, stools and hat stands which provide the only set and it often feels insufficient. With a heavy reliance on charms and charisma, the actors are left fending for themselves with nothing else to hide behind. In direct address the audience are sufficed, but in several longer scenes I find myself calling out for some props. Another factor, which takes away from the action and steals a large amount of the acting, is the inexcusable amount of hair in faces. There is much need for a hair slide, a top tip for anyone taking to the stage.

However, ETG makes some very clear choices and these breathe confidence into the performance. A funky soundtrack matches the colourful aesthetic and gives the production a 40’s edge. Choreographed songs and dances inspire a rich tapestry of celebration, and the switching of coloured jackets is a fun device to further the storytelling. I leave the theatre humming the tunes and in full debate as to whether deception is a means to an end. 3/5

Much Ado About Nothing was shown from Tuesday 16th until Saturday 20th January 2018. For more information on the production, visit here…