When the Crows Visit @ The Kiln Theatre Review

Anupama Chandrasekhar’s play is an onslaught of misogyny, violence against women and shock tactics, which leads to an unsettling, if a little glib, two hours of drama. Ibsen’s Ghosts is one of the entities that inspire the narrative, particularly focusing in this instance on a father’s sins. The true story of the girl gang-raped in Delhi, India in 2012 is another inspiration. It’s a heavy evening, filled with bold decisions and potent symbolism. 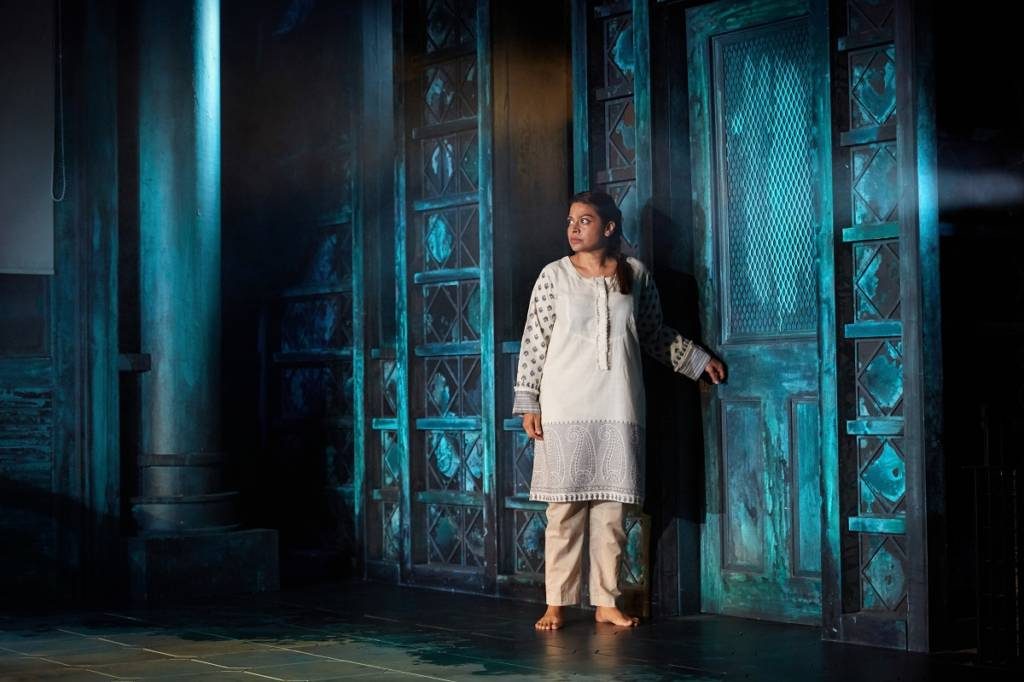 Hema – played by the outstanding Ayesha Dharker – is a widowed mother, who was regularly beaten by her husband. Despite her past experience, she appears strong-willed and very much the leader of the house. Not even her mother-in-law (a humorous Soni Razdan), can interfere with her way of doing things. Despite being a decaying mansion on the outside, the interior is full of order and harmony. Or so we first think. It’s revealed throughout the play that if you dig a little deeper, the cracks begin to show and true horror still remains.

Hema’s son Akshay (a charming Bally Gill) appears initially to be hapless and innocent; but the reality of the boy’s story quickly becomes evident, as he is accused of being involved in the terrible assault – and subsequent death – of a young woman. From that point on, loyalties are questioned and family pacts are tightened. The household doesn’t want its dirty laundry aired out for everyone to see.

Indhu Rubasingham’s production is tricky to get behind. It’s quite a slow burner and then all of a sudden so many things happen in quick succession, without ever being fully delved into, resulting in a mishmash of messiness. The acting is strong, but the script isn’t so. Akshay is the person being given the voice; the production allows him to charm and to be kind. He’s seen as a nice individual. But he’s a rapist. And a murderer. The victim of the abuse is mentioned, but never really as a human. Her genitals and scars are named, but whilst the man gets the spotlight, the woman is hidden in the shadows.

It’s unfair and problematic to bill the show as a ‘dark thriller’, when the final image and sound is of a nurse being horrifically abused. There needs to be more thought on how sexual assault is framed in theatre, and how the intrinsic themes and issues can be dealt with in a sensitive and productive manner. When The Crow’s Visit fails to achieve this. 2/5

When the Crows Visit is currently showing until Saturday 30th November 2019 at the Kiln Theatre. To find out more about the production, visit here…