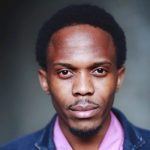 Drawing parallels with our current societal landscape where we’ve witnessed youth violence on the rise, writer and performer Kalungi Ssebandeke travels back in time to Georgian England to give voice to little known boxing superstar Bill Richmond. Created as part of his drama school training, Kalungi presents Black Terror at this year’s Vault Festival from 28th January until 2nd February. Ahead of the run, Kalungi tells us more about exploring Bill Richmond’s narrative, what audiences can expect and what his plans are for the show post Vault Festival!

Hi Kalungi, your show Black Terror will take part in this year’s Vault Festival from 28th January to 2nd February. How are you feeling ahead of the show?

Hi, first of all thank you for reaching out to interview me. I am really excited to for Black
Terror
to be a part of the first week of the Vault Festival 2020. I think it’s the perfect place to experiment with form and share new ideas.

Black Terror takes us on a historical journey through Georgian England, as boxing superstar Bill Richmond breathes life into a troubled young present day boxer. What drew you to explore this narrative?

I was watching the Historian David Olusoga’s Black and British a Forgotten History on the BBC and came across this little known story. I did further research and felt that Bill’s story would be a great way to deal with the issue of youth violence. This is because Bill used his ingenuity and fighting abilities not only for self defence but harnessed it in order to become a successful boxer and trainer. It also meant that I could shine a light on a major historical figure who has had a critical contribution to the art of boxing.

The show is a work in progress initially written and performed as part of your MA in Acting course at Guildhall School of Music and Drama. Have you adapted the show since, if so, how?

Yes, it started out as my final year solo piece at drama school. Since then, I’ve added a second physical character, the young troubled boxer to give Bill someone to push against. To find out more of how I have adapted it I would encourage your readers to book their tickets to come and see for themselves.

What are your plans for the show post Vault Festival?

My dream would be to take the show to Edinburgh and ultimately have it staged at a major theatre like The Bush, Young Vic Clare space, Orange Tree Theatre, Royal Court Upstairs, Theatre503 or Southwark Playhouse. I plan to also perform the show in Prisons, Pupil Referral Units and Schools. This is because I would like to reach the target audience who would benefit greatly from seeing the show.

Yes, I have learned a lot about the art of boxing. I have also learned about the pressures young people feel to carry weapons and engage in violence. My knowledge of Georgian England has increased tenfold.

Audiences can expect vivid language and physical theatricality. I was inspired by Sucker Punch by Roy Williams and ROYALE by Marco Ramirez so expect a preview of what the boxing choreography will look like. Expect a better understanding of the roots of youth violence and an exploration of how we can tackle that. Overall expect to be witness to the early stages of what promises to be an exciting new play.

I want the audience to get a better understanding of the pressures young people feel to carry knives and engage in violence. I want anyone who is at risk to leave feeling inspired to seek a violence free life and if they still want to explore that, explore it in a controlled manner like Bill Richmond did by picking up boxing and teaching others.

I would advise them to be brave and do it. Write and apply for the many opportunities because you will get one eventually and tell the stories that excite you.

Black Terror will show from Tuesday 28th until Sunday 2nd February at The Vaults as part of this year’s Vault Festival. To find out more about the production, visit here…