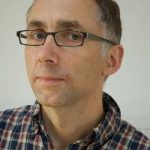 Celebrating 5 years this June,  the Shubbak Festival continues its tradition of celebrating the nuances of Arab culture with its largest programme yet! From Friday 28th June until Sunday 14th July, over 150 artists will take on a mixed programme consisting of performance, visual art, music and film. Shubbak, meaning ‘window’ in Arabic offers a range of voices from the Arab region, Europe and the UK. Ahead of this year’s festival, taking place at a variety of respected arts institutions across the capital, Artistic Director Eckhard Thiemann talks about this year’s ambitions programme, the theatre programme at The Gate Theatre and what he’d like for audinces to take away from the festival.

END_OF_DOCUMENT_TOKEN_TO_BE_REPLACED

Alex Austin, who's set to star in Ellen McDougall's production of Idomeneus at the Gate Theatre, speaks to Theatrefullstop ahead of press night! 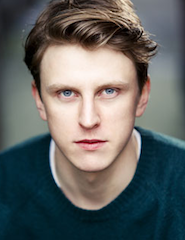 The show Idomeneus has its UK Premier at the Gate Theatre, opening on June 19th. It has been directed by Gate Associate Artist Ellen McDougall. I spoke to cast member Alex Austin about the show and his career…

You are currently working on Idomeneus at the Gate’s Head Theatre, how are the rehearsals going?

Its good thank you, we’re in the fourth week of rehearsals, getting ready to get in to tech for next week. There’s been a lot of exploring and that but it’s going good.

How would you describe the overall rehearsal process?

It’s very ensemble focused. We spent the first two weeks working very closely with the director, Ellen (McDougall) and the design team. They’ve been in rehearsals for a lot of the time so we’ve been working very closely as a group creating the language of the play, which flips between narrating and characters. It’s exciting it’s the UK premiere and it’ll be wicked to be a part of that!