Mike Bartlett‘s modern history play, boldly written in Shakespearean blank verse, won the Olivier Award and The Critic Circle’s Award for Best Play and was named “Play of the Year” by a variety of publications. After a successful run at the Almeida, it transferred to the West End and is now touring with a new cast and Robert Powell in the title role. Directed by Rupert Goold, the production is a fictional account of what might happen should Prince Charles become King in the not so far away future. 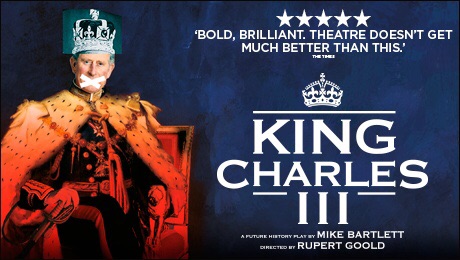