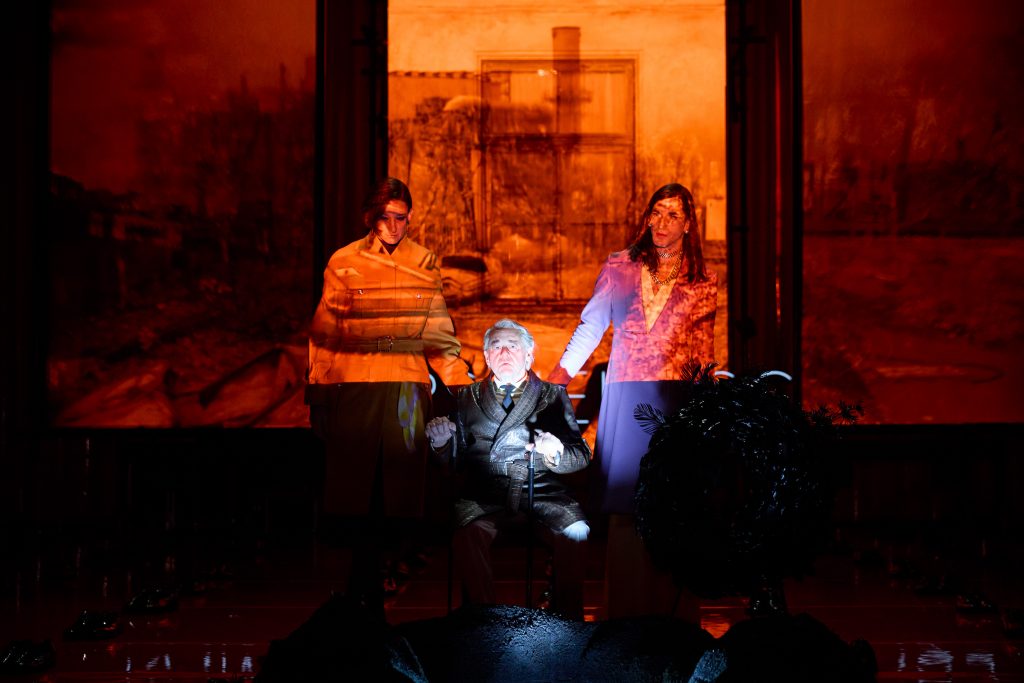 END_OF_DOCUMENT_TOKEN_TO_BE_REPLACED

When I attended the press conference in June last year, we were still living in a normal world – people could go to the theatre without worrying about social distancing or crowds. This year the corona pandemic has made this almost impossible. Bavaria was the worst affected state in Germany, so lockdown regulations were stricter here than in the rest of the country. However, although social distancing rules are still in place, theatres will be allowed to open their doors to the public again this month. Matthias Lilienthal will start the remainder of his final season in Munich with two premieres that were originally planned for April and are now scheduled to take place on June 15th– the immersive installation Oracle where Susanne Kennedy and Markus Selg explore the transformative power of paradoxes with the help of artificial intelligence, and the world premiere of WUNDE R by Enis Maci, directed by Felix Rothenhäusler. There will be a farewell ceremony with the entire ensemble and the staff at the Olympic Stadium on July 17th.