The Collaboration is a paint-by-numbers sort of a play. Simple yet satisfying. The show is set up as a boxing match between two of the greatest artists of the 20th Century, Andy Warhol (Paul Bettany) and Jean-Michel Basquiat (Jeremy Pope): 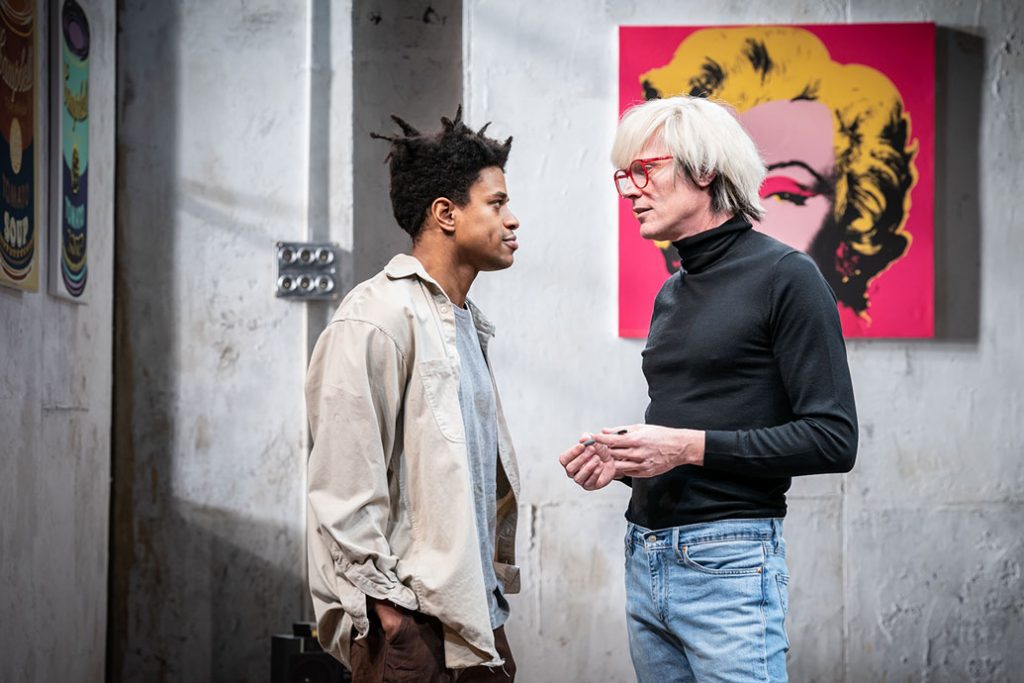