After an extremely successful run at the Edinburgh Fringe with Titus Andronicus, Hiraeth Artistic Productions have taken on Shakespeare’s Hamlet with equal enthusiasm. Director Zoé Ford has once again embedded Shakespeare within a modern setting after Titus Andronicus was set in 1980s Britain, and this time we watch Hamlet from within the confines of a Her Majesty’s Prison in Liverpool. 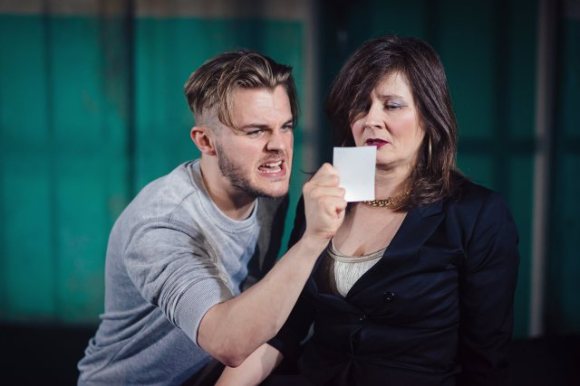 END_OF_DOCUMENT_TOKEN_TO_BE_REPLACED

A Shakespearean classic, Hamlet is home to probably one of the most uttered lines in human history! But with the world of Shakespeare often feeling like an anomaly all of own, how can the themes of 400 years ago be in anyway relatable to todays issues? Hiraeth Productions answer this by updating the dramatic classic, setting the play in the gritty and male dominated confines of Her Majesty’s Prison, Liverpool. Typically the shy and retiring heroine, actress Jessica White redefines the role of Ophelia as a strong and independent psychiatric Mental Health Carer. Ahead of the production, I was able to speak to Jessica about Ophelia’s new found strength, her love for Stage Combat and why motion capture is the cinematic future!

You’re currently starring as Ophelia in Hiraeth’s production of Hamlet. How are rehearsals going for that?

They’re going brilliantly! We’re a couple of weeks in, all of the ideas are on the table, and we’re still in the playing stage, which is fun!

END_OF_DOCUMENT_TOKEN_TO_BE_REPLACED

26th May 2014by Theatrefullstop