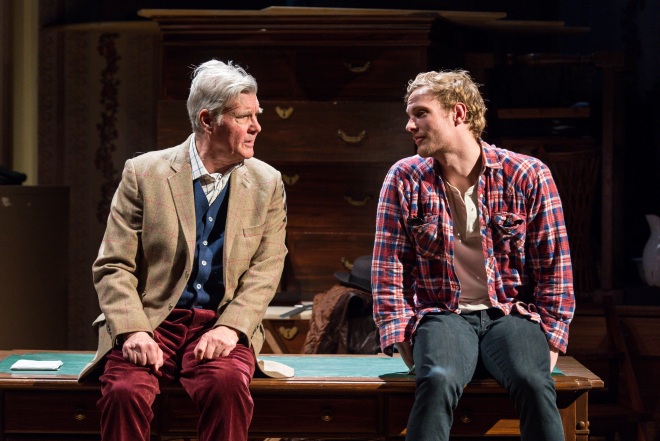 END_OF_DOCUMENT_TOKEN_TO_BE_REPLACED

IdeasTap Underbelly Award winner, Giles Roberts speaks to Theatrefullstop about his latest work, Much Further Out Than You Thought.

With war, especially living in the west, it’s easy to build up the idea of war being separate to the lives that we live. War is always painted as being very ‘black and white’, there’s this idea that there is ‘good versus evil’, and that it is the absolute last resort to dissolve political and social ills. War is a bold term, however when broken down, many humans beings are risking their lives for the greater good. IdeasTap Underbelly Award winner Giles Roberts focuses his latest piece, Much Further Out Than You Thought on a soldier’s life after war, placing a human face on a widely reported but often misrepresented term.