‘The decision is made at a higher management level’: archived voice recording of an agent from the Family and Community Service (FACS) in New South Wales, Australia, as they ‘remove’ a child from its mother. These, the chilling opening moments of Larissa Behrendt’s 2017 documentary After the Apology, are a fitting portent of the film to come. In a series which Barbican curator Alex Davidson describes as highlighting ‘the best, most important, most interesting and often the hardest to see’ films from indigenous Australians, After the Apology surely ranks as one of the most harrowingly painful documentaries ever made. Statistics blaze across the screen in black and white for this rare big-screen showing, giving voice to victims and the systematic trauma they have been subjected to. 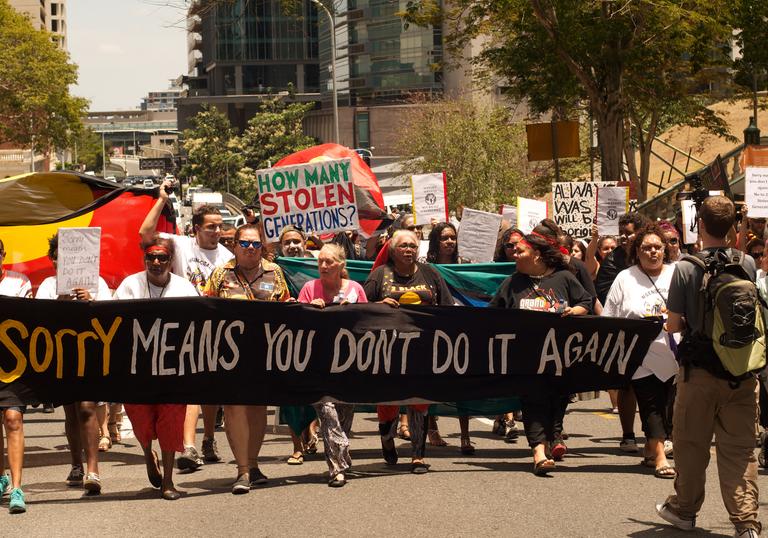